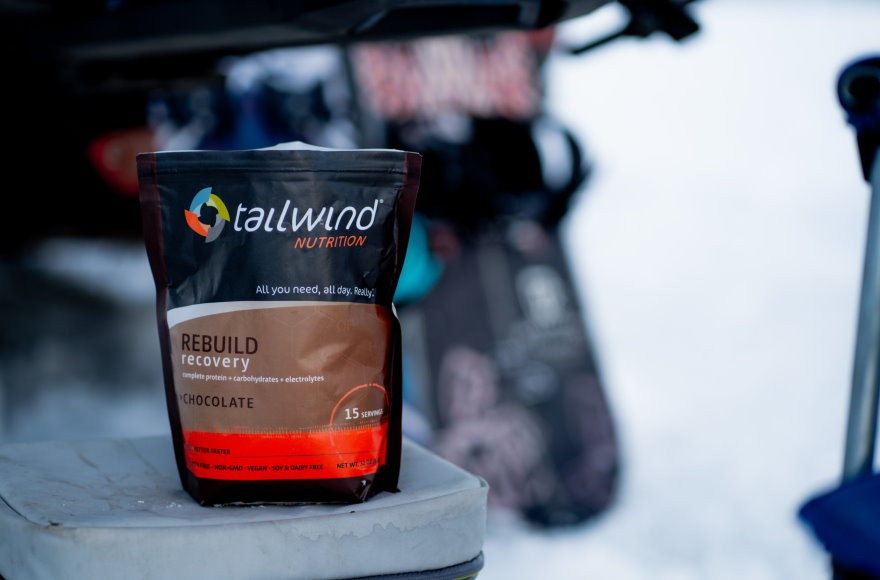 In a new and exciting venture lerouxcoaching and tailwindnutrition South Africa joined forces in a great partnership to the benefit of our athletes. But why Tailwind and how did it all start? Here is some additional information from Jeff Vierling (creator) and Grant Markey from Tailwind South Africa.

In the words of Jeff…

Tailwind grew from my own personal experiences as an endurance athlete. I learned the hard way how important nutrition is to performing your best and enjoying the effort. I tried virtually every product on the market, but couldn’t find a solution that was easy to use and solved the nutrition problems common to endurance athletes. That’s what drove me to develop Tailwind. Specifically, I wanted to maintain steady energy and feel strong throughout while solving common issues: stomach problems (feeling full/bloated and worse), ease of use (getting fuel and electrolytes from a single drink rather than juggling gels, electrolyte pills, or bars/chews), no cramping, and a taste I could drink all day without getting sick of it.

It took a couple of years of research and experimentation, but it worked, and I’ve been using it ever since as a sole fuel for training and racing, including long grunts like the Leadville 100 and the Colorado Endurance Series (super-long endurance rides). From there, I shared it with friends and fellow racers including cyclists, runners, and triathletes and enjoyed seeing them improve their performance and feel good doing it. The results have been exciting – I love hearing from athletes who have struggled with nutrition and are having good success with Tailwind. Their enthusiasm convinced me we have something to share and could help many more athletes by launching Tailwind Nutrition.

So now you know why Tailwind came about, and here’s how it works. Let’s start with ease of use and simplicity. There are a lot of magical ingredients out there claiming to boost your performance, but my experience and what I hear from other athletes is the basics of what your body needs during exercise often go unmet or only partially met: energy (in an easily digestible form), electrolytes to replace what you lose from sweat, and hydration. All 3 need to be addressed together to maintain strong performance. Trying to meet these needs with multiple separate products is difficult to get right and generally a pain to manage, especially during a race. Sipping your nutrition has the advantages of being simple to manage, easy on your digestive system, and maintaining a steady intake rate. Keeping it simple can help athletes take in more of what they need and reduce the chances of running into problems from mixing products and placing sudden demands on the digestive system.

During a moderate-intensity workout, we typically burn greater than 500 calories per hour, but it is generally accepted that humans can only absorb 250-300 calories per hour under optimal conditions (we can eat more, just not utilize it). Fat metabolism helps to close some of that gap, but the process is too slow to keep up with sustained effort. Eventually, glycogen stores will deplete and you’ll run out of fuel (bonking). So a major goal of nutrition is to replace as much of the fuel you’re expending as possible to slow the rate of depletion. The scientific consensus used to be that carbohydrates could be absorbed in a maximum rate of 1g/minute, which limited maximum theoretical calorie intake to roughly 240 calories per hour. However, more recent research has found that combining two different carbohydrate types can achieve absorption rates from the small intestine of up to 1.7g/minute (408 calories per hour) (See Sports Nutrition: An Introduction to Energy Production and Performance by Asker E. Jeukendrup, Michael Gleeson). Further, combining sodium with glucose has been found to accelerate the absorption of water from the small intestine and to carry glucose and sodium with it (See Gisolfi, CV et al: Effect of sodium concentration in a carbohydrate-electrolyte solution on intestinal absorption. Med Sci Sports Exerc, 27:1414, 1995; The effects of consuming carbohydrate-electrolyte beverages on gastric emptying and fluid absorption during and following exercise. By Murray R., Sports Medicine (Auckland, N.Z.) [1987, 4(5):322-51]; and Preventing Dehydration: Sports Drinks or Water by Bob Murray, PhD, FACSM). 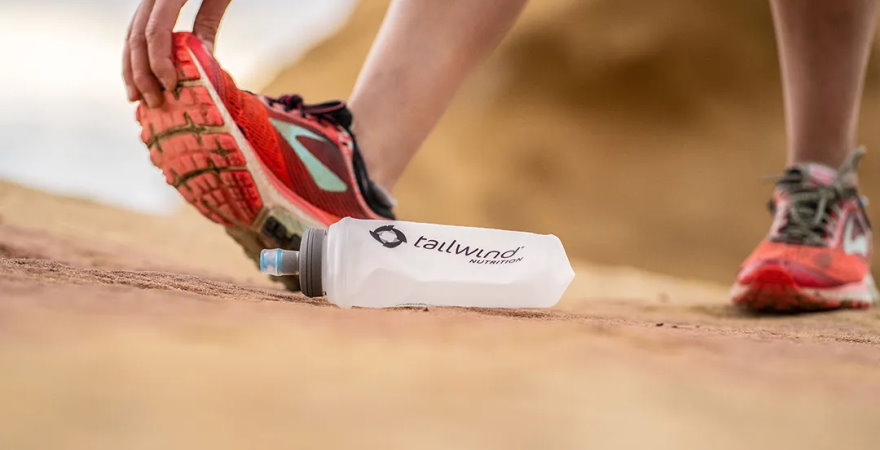 It’s not quite that simple since most of us don’t inject food directly into our small intestines, so the theoretical maximums are tempered by taste and the ability to consume the needed carbohydrates, electrolytes, and water under real-world conditions of exercise. However, the salient points remain: a combination of carbohydrate sources maximizes absorption rates, and glucose and sodium, in particular, maximize water, carbohydrate, and sodium absorption. Tailwind uses dextrose and sucrose as its fuel combined with more sodium than is found in most sports drinks (which we’ll discuss below). Dextrose is d-glucose that comes from corn. It’s a form of glucose that is absorbed easily through the small intestine into the bloodstream and can be utilized directly by muscles as fuel without further processing. Sucrose serves to add a degree of sweetness while improving the carbohydrate uptake rate over glucose (dextrose) alone. Together, the fuel in Tailwind is readily absorbed and becomes available quickly to help meet the calorie deficit during exercise (See Shi, X., et al.: Effects of carbohydrate type and concentration and solution osmolality on water absorption. Med.Sci. Sports Exerc., 27:1607.1995.).

Since Tailwind’s fuel spends very little time in your digestive tract, it’s very unlikely to cause stomach problems. Other drinks and nutrition products include ingredients that require more time and energy to digest, which can lead to digestive problems. Chief among them is protein, which is a very complex molecule that’s difficult to digest and is a leading cause of stomach problems amongst endurance athletes. Protein was once thought to be necessary for endurance events, but more recent studies have found little or no positive effect on endurance (See this post by Joe Friel which has an interesting discussion and references: http://www.joefrielsblog.com/2011/09/should-you-use-carbohydrate-protein-sports-drinks.html). In addition, many drinks contain complex carbohydrates which require more time and digestive energy to break down into usable fuel, delaying the availability of energy (which isn’t desirable when running a calorie deficit). Anecdotally, we’ve run into many athletes who experience slowed digestion to the point of feeling full and unable to intake more fuel, electrolytes, and water when using complex carbohydrate fuels (despite running a calorie deficit and losing fluids and electrolytes through sweat). It’s worth noting here that tolerance for different types of fuel varies greatly. We all know people who can chow cold pepperoni pizza in the middle of an intense effort and have no stomach issues at all.

Others find themselves retching on the side of the trail after consuming a single gel. So some athletes have no problem downing protein and complex carbohydrates, while it makes others sick. Our approach with Tailwind is to make it as easily digested as possible, so it will work for those with sensitive stomachs as well as those who usually don’t have problems. In practice to date, Tailwind is proving to effectively avoid stomach problems, even with athletes that typically do experience problems using other products.

Maintaining electrolyte balance is important for performing your best and to avoid problems ranging from cramping to hyponatremia and even death when sodium levels drop too low. Fortunately, our bodies strictly regulate sodium levels in the bloodstream, but exercise can quickly throw levels out of whack. Dehydration lowers the water concentration in blood, increasing the relative sodium concentration, which can negatively affect performance. Conversely, drinking water without sodium can dilute sodium content in the blood and lead to hyponatremia and serious consequences. Tailwind’s approach is to mimic the composition of sweat with the aim of replacing the electrolytes lost through sweating. The primary components of sweat (besides water) are sodium, potassium, calcium, and magnesium in that order, plus trace elements that are synthesized from the diet. Tailwind contains sodium, potassium, calcium, and magnesium in the proportions they are found in sweat.

The concentration of minerals found in sweat varies greatly by person, by the intensity of exercise, and even by day. Fortunately, our bodies are fairly flexible in dealing with these variations as long as intake supports the needs. In practice, we have found that the levels of electrolytes in Tailwind work well for most people to prevent the negative effects of electrolyte imbalance. Surprisingly, many drinks do not include anywhere near enough electrolytes or include minerals other than those found in sweat. Electrolyte pills are also marketed as a separate supplement, but typically the drink marketing does not make it clear that supplements are required, which is confusing. Figuring out how many pills to take and remembering when to take them is daunting, and again Tailwind’s approach is to keep it simple and include adequate electrolytes in the base drink mix.

Taste is equally important since no nutrition plan works if you can’t follow it for the duration of your workout. Strong and sweet flavours tend to be less palatable the longer the workout is, which leads many athletes to abandon their nutrition partway through a day and just gut it out (definitely not optimal).

Tailwind has mild flavours and a low sweetness, leaning more towards savoury than the sweet and sticky usually found with sports drinks. A strong and sweet flavour might taste better initially, but Tailwind’s flavour really appeals as the hours go on, and is mild enough to drink all day without producing a gag reflex. Taste is highly personal, and we have run into athletes who don’t like Tailwind because they prefer a sweet drink or because they don’t like a savoury flavour or the presence of salt. It’s not going to be for everyone, but the majority of athletes who’ve tried it appreciate the subtlety of the flavour, especially for long workouts.

Putting it all together, Tailwind addresses the major nutritional needs of endurance athletes: feeling strong with steady energy and electrolytes, preventing stomach problems and cramping, being simple to manage and easy to use, and having a flavour that tastes good all day. Tailwind mixes up crystal clear because it contains only natural ingredients and organic flavours (nothing artificial and no neon colours). It also dissolves on contact with water and rinses quickly, so it’s great in hydration packs. The proof though is in the pudding, and we’re seeing Tailwind users reach and exceed their personal goals while feeling great, which makes us feel great too!

Thank you for your interest in Tailwind. 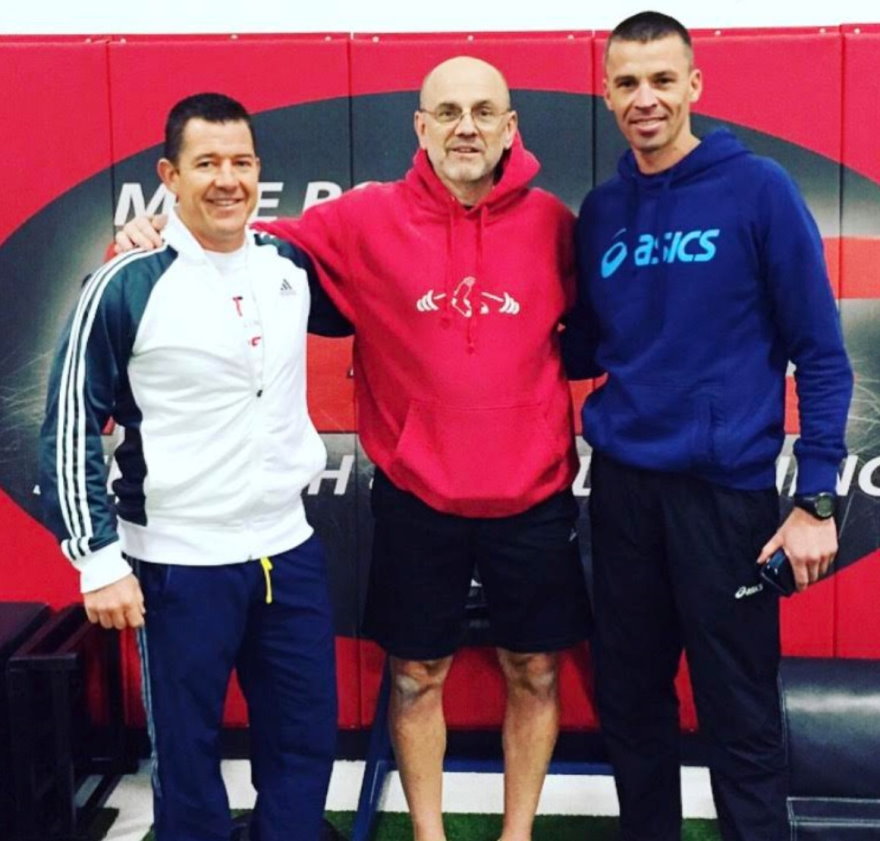 It’s not the program; it’s the coaching